Used for buying and selling costume-related items and other things that may be of interest to the group.
Post Reply
5 posts • Page 1 of 1

Morning Everyone!
After doing Designs for a while, I realized that I had never posted this here, so here it goes:

I´m Dean, ID-80787 or Mephlo in the internet world. If you need a Design for Patches, Coins, Stickers, Avatars, or basically whatever you need, I might be your guy. For a while now I´ve been doing designs for 501st members all over the world. You can take a look at some of my work in the lines below or you can go to my Socials: The standard price for 501st members is 501 NOK.

If you have any questions, doubts, or anything on your mind, send me a PM here, to my FB page, or to my personal Fb profile at Mephlo Kasz.

May The Force Be With You!
As a reference, here is an image of my personal patch, designed by me, side by side concept and physical product: 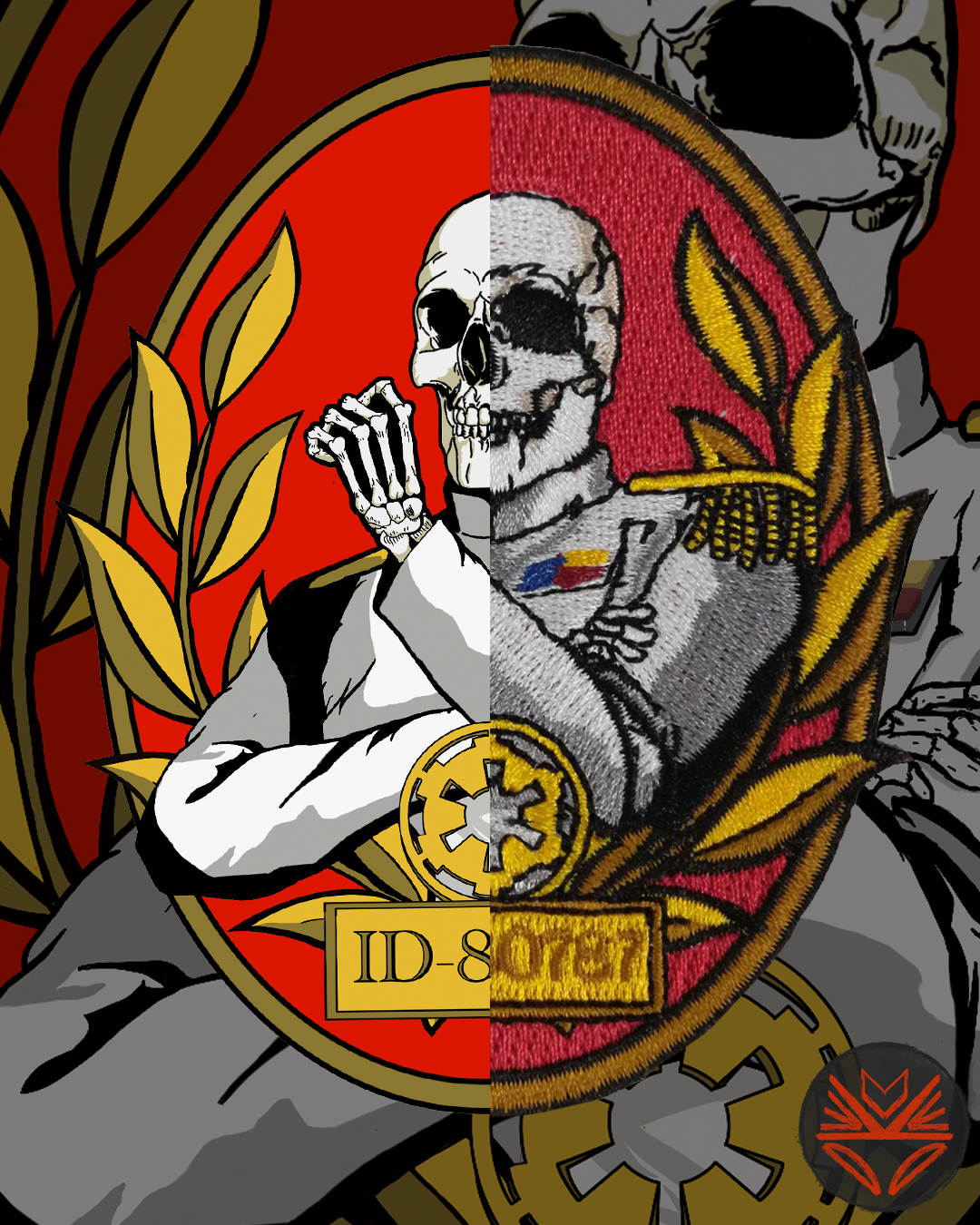 Looks awesome! You’ll be hearing from me…
CO: Commanding officer

I am working with Dean on a design. He is a pleasure to collaborate with. He listens to my input, tells me if I’m making bad suggestions and puts up with my whining about details with no complaint.

I’ll post the progression tomorrow so you can all see how the design has debeloped.

Can’t wait to get the finished result printed up as stickers and patches.
"Shut him up or shut him down!"

Here is the promised development of my logo from my initial idea to the almost final design. As I said above, it has been a true pleasure working with Dean on this process with both of us giving new ideas, feedback and improvements.

My initial idea. I definitely wanted the twin suns in the back and a sandie as the main feature but I wanted to change his pose to remove the binoculars and hold the gun pointing down and to his left. I also wanted a black, orange, black border to reflect the pauldron that I have on my costume. The green blob is supposed to be a dewback and then the Lars homestead burning on top of the hill (no, I know it wasn't on a hill in the film). The style should be quite cartoony.

Dean's first "have I understood what you want?" sketch

How about adding in a dewback to fill up that empty space? Dean didn't think it was a god idea so we killed it immediately but then I went back to my initial plan of the farm.

Now we're really cooking with gas! This is much more like I imagined. One thing that hit me though was that the T-21 looks like it's bent or something. Hmm, let's look into that later...

Colours! I felt that the ground is too brown. It should be more yellow. I like the red sky but I think I would prefer blue. I also noticed that there is something not quite right with the eyes but I couldn't quite put my finger on what.

Reshaped eyes look much better and the colour on the T-21 is nice but it still has that bent look. I think it's caused by the weird (but accurate) shape of that lighter colours centre section. Dean drew in some lines that proved this to be exactly the situation. Move along, move along...

Fixed a details on the gun.

Rounded out the colour transitions from the lighter to darker sand. I think it looks much nicer that way. At this point I'm very happy but I noticed that the lines crossing the suns do not meet up with anything in the sky. Slightly weird.

I'm totally happy with this image now. Next stage is to add a border and some text then we should be done.

"Shut him up or shut him down!"

First version with a border. I liked it but was not totally happy with the font so we tried a couple of alternatives.

The Vader's Fist font has a nice weathered look that goes well with a sandtrooper.

And finally just a little bit of bling to fill in some dead space in the frame...

Now we'll just stare at it for a while until we agree that it is definitely finished.

Thanks Dean, you rock!
"Shut him up or shut him down!"

Users browsing this forum: No registered users and 1 guest